BJJ’S roots began in the early 1900’s. Esai Maeda- the chief of a Japanese immigration colony who was assigned to Brazil- befriended Gasto Gracie. Maeda, a former Jiu-Jitsu champion in Japan, taught the art to Gracie’s son Carlos. In 1925, Carlos and his four brothers opened the first Jiu- Jitsu school in Brazil. Carlos’s younger brother Helio, adjusted the techniques to suit his small frame, thereby creating Brazilian Jiu -Jitsu. In the early 80’s, Helio’s son, Rorion, planted the seeds of BJJ in the US, where the art has become immensely popular.

Boa Brazilian Jiu Jitsu’s mission is to provide effective self-defense instruction by giving students the knowledge to defend themselves, without striking. Our goal is to teach our students to take their opponent to the ground. By doing so, we are able to defeat a much bigger and potentially stronger person, through the use of leverage and techniques to submit or gain dominant positions. Jiu-jitsu is known as a physical chess 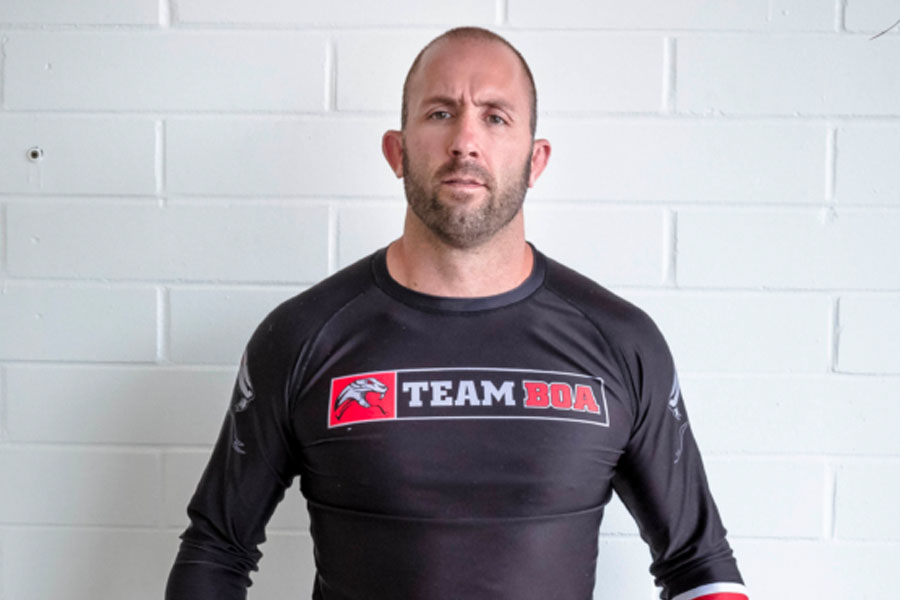 Chad Freeman began his MMA career in 2001. After 17 professional MMA fights in 2011, he attained, the Canadian” King of the Cage” Lightweight Championship title. In 2013 he won his second Pro MMA “ Five Star “ Lightweight Championship title. In 2014 Chad retired his MMA career after fighting at the legendary “ Bellator” Fighting Championships. Chad began his Brazilian Jiu-Jitsu journey in 2003, competing at World level in 2016 and receiving his black belt in 2017 under the Carlson Gracie Lineage of Professors Suyan Queiroz and Carlos Santos and received his first degree in March 2020. Chad continues to pass on his passion and knowledge on a daily basis, teaching children and adult kickboxing, Jiu-Jitsu and MMA. 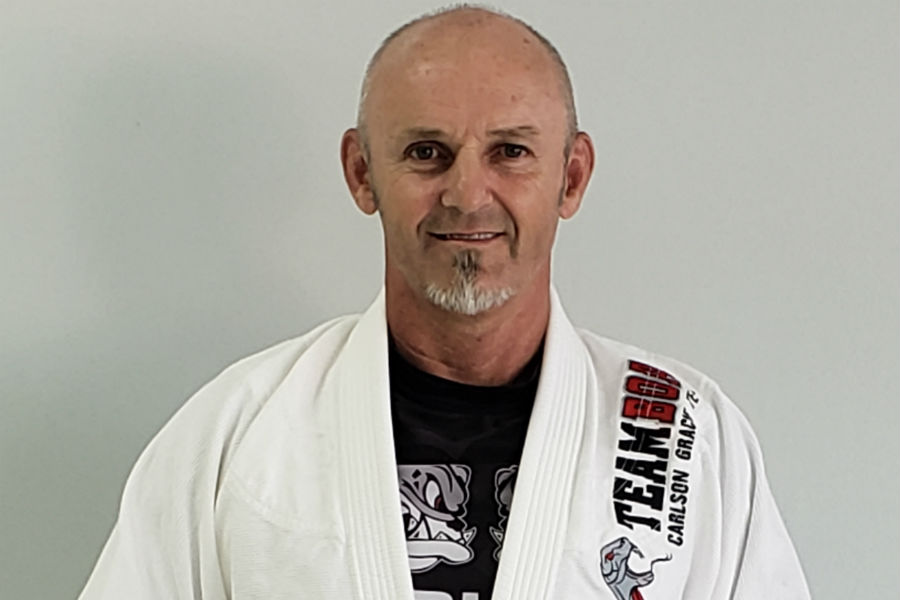 Clarke has spent his entire life mastering martial arts. He began his journey at age 17, attaining his green belt in Karate, competing at Provincial level. At age 21 he began kickboxing, where he fought at an amateur level. At age 27 he specialized in boxing, training under an Olympic level trainer. Clarke also spent much of his time wrestling and training Taekwondo. At age 32 Clarke attained a brown belt in judo and competed at a provincial level. In 2006 he began his Jiu-jitsu and MMA journey, he competed at the World Masters in las vegas in 2017 where he won gold and became world champion at the age of 55. In December 2017 he became a master of the art of Jiu-Jitsu and was awarded his Black belt by Suyan Quireoz of Carlson Gracie lineage. 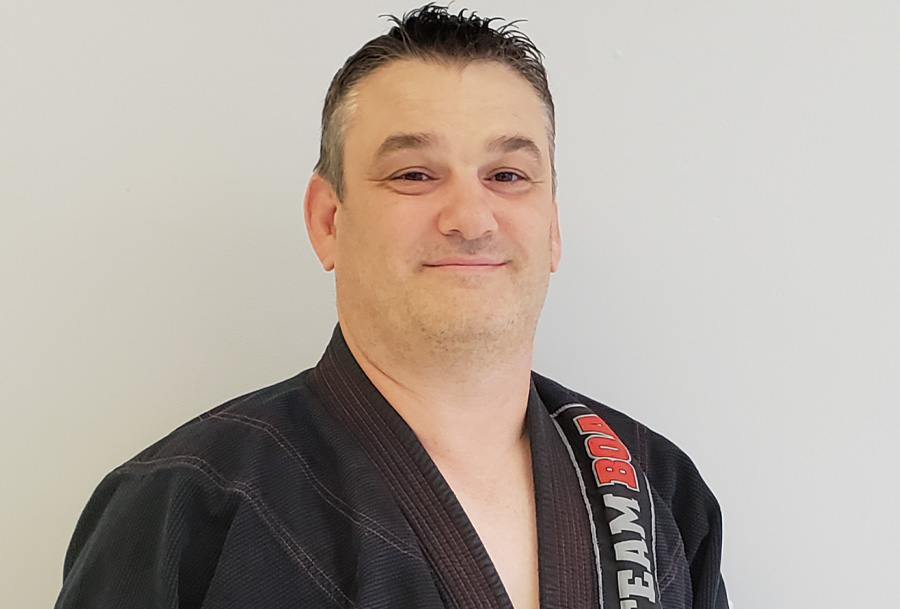 James is the head Judo instructor at Boa Martial Arts. He has attained his Third Degree Black Belt (Sandan) in Judo under Sensei John Huntley of Aberdeen Judo. He is a multiple national and international medalist in wrestling and Judo, and has over 30 years of martial arts experience. 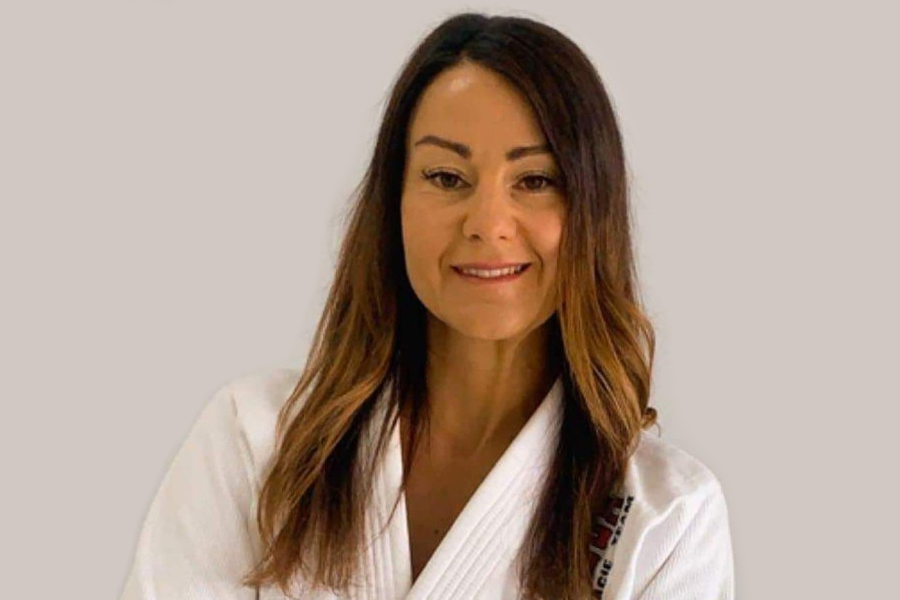 Natalie is our head Ladies Jiu Jitsu, self defense, and Ladies only Cardio kickboxing instructor. Natalie attained her purple belt in October 2019 after 5 years of training at Boa Martial Arts. She has competed at world level, becoming a bronze medalist at the IBJJF World Masters in 2017, as well as in multiple other locations. Proving you are never too old to start Jiu Jitsu, she began her journey at age 39. Natalie is the membership/ accounts manager at Boa and brings her current Er nursing as an asset also to Boa. She spent 4 years in The British Army as a combat medic, displaying the discipline and determination which can be a benefit in the Martial arts world.Natalie is also a certified Holistic health and Nutrition coach.

MOUNT YOUR FEARS, SUBMIT YOUR WEAKNESS